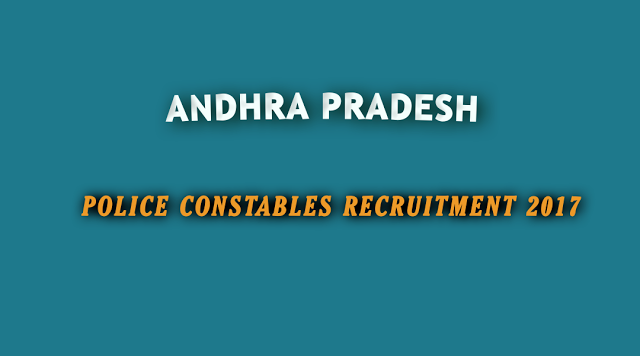 AP Government Recruitment 2017 : The state Home department recently sought permission for recruiting 800 constables (150 civil and 50 Armed Reserve in each of the four districts) “in view of the security scenario in Andhra Odisha Border (AOB), merging of seven mandals of Khammam district into AP from Telangana and also the ongoing works of Polavaram multi-purpose project”.for more details can click on official website and jobsbadi.com

The recruitment of 800 constables will be in addition to more than 4,000 constable posts sanctioned for the state in June last. 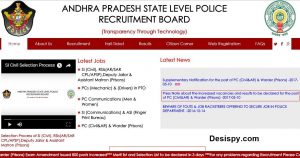 1. In the reference first read above orders have been issued for notifying 10,000 vacant posts of different categories in various departments including 5650 vacant posts belonging to Police department.

2. In the reference second read above, the Home department has stated that in view of security scenario in Andhra Odisha Border (AOB), merging of seven Mandals of Khammam District of Telangana State, ongoing works of Polavaram Project etc, there is imminent need to strengthen the Police Force in the Districts of East Godavari, West Godavari and Visakhapatnam. Therefore, the Department has requested for according permission for filling of (800) vacant posts of Police Constables through direct recruitment in these Districts.
3. After careful examination of the proposal, the Government hereby accords permission for direct recruitment to (800) vacant posts of Police Constables i.e., (600) vacant posts of P.C.(Civil) and (200) vacant posts of P.C.(AR) in the above Districts through A.P.State Level Police Recruitment Board, as details showed below.

5. The Chairman, Andhra Pradesh State Level Police Recruitment Board may take appropriate steps for filling the above vacancies through direct recruitment by obtaining the details, roster points and qualifications, etc., from the authorities concerned.

6. The Director General of Police, A.P, Vijayawada shall furnish relevant details of all vacant posts authorized in this order, roster points and qualifications, etc., to the Chairman, Andhra Pradesh State Level Police Recruitment Board immediately.