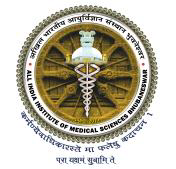 BHU UET Hall Ticket  2017 – Banaras Hindu University will be issuing BHU UET 2017 admit card to candidates appearing in the examination. Candidates who have successfully submitted the application form of BHU PET 2017 will be able to download the admit card of BHU UET 2017 at least a week before the exam date. Th exam conducting authority will be sending email alerts and SMS to candidates for BHU PET 2017 admit card. Candidates need to login with registered user Id/ number to download BHU UET admit card 2017. Candidates can check below how to obtain their admit card for BHU PET 2017 and instructions as mentioned below on this page.For more Details can click on official website and jobsbadi.com

BHU PET 2017 will be conducted on different days between May 17 and May 22, 2017. Candidates will be issued admit card of BHU PET 2017 at least a week before the exam date. Check below important dates of BHU UET 2017 to know more about BHU UET events.

Banaras Hindu University released notification and invited online applications for the Undergraduate Entrance Test (UET). A huge number of eligible and interested candidates applied for the exam. Candidates who had applied can download UET 2017 Admit Card from the direct link provided below.