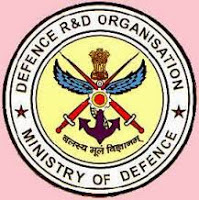 NOTE: Candidates those who have passed out in 2015 or latter can only apply.

Exact Date, Time and Venue for examination/interview will be intimated to the eligible candidates in due course as well as such information will be also available in the official website of DRDO- Defence Scientific Information and Documentation Centre (DESIDOC) — www.drdo.gov.in

For more details regarding candidates’ selection norms and eligibility norms, go through the officially released advertisement (See URL/PDF below).

How to Apply for drdo trade apprentice:

Interested and eligible candidates may apply on prescribed application format (See PDF file below) along with attested copies of testimonials in support of Educational Qualification, Caste, Age, Experience certificate (if applicable) and any other relevant documents

The duly filled Application form along with enclosures should reach at the following address — To the Director DESIDOC, Metcalfe House, Delhi-110054,