The results of the SET 2017 exam which took place on 16 April 2017 are available on the website http://setexam.unipune.ac.in and according to the notification published by the Agency, candidates will not be given individually Their result.

The SET state agency will not issue brand sheets to qualified / unskilled candidates. The SET unit will issue a certificate to qualified candidates only when verifying the eligibility documents immediately after the SET exam result.

Maharashtra SET 2017 Official Answer Key: On 16th April, Maharashtra Education Board(MEB) Conducted SET 2017 Examination At Various Centers throughout Maharashtra. There are a huge number of candidates who applied and appeared for the examination. The answer key for the same will be released in Last week of May. Using the answer key you will have a chance to check the answers which you have put for the examination as all the questions are Choose the correct answers.

The candidates who appeared for the examination will be able to take all the three question papers along with a copy of OMR sheet. As soon as the answer key is released, the candidate and match his answers to the answers in the key and will be able to check the score which s/he gets.

Maharashtra SET 2017 Official Answer Key will Release in May:

Maharashtra SET Exam 2017 organized by Savitri bhai Phule Pune University for appoint various stream assistant professor jobs. Candidates can download the Maharashtra SET examination paper solutions in pdf format from the official website www.setexam.unipune.ac.in. If we look at the last year’s exam proceedings, it is safe to assume that the MH SET 2017 answer key will be released in the last week of May only. In 2016, SET exam was held on May 29, while the answer keys were published online on July 8.

There will be a feedback form along with the answer key which helps the candidates to submit the objections against wrong answers. The requests will then be assessed by the varsity to prepare exam results. The result is expected to be announced in the month of July. The University had released the list of enrolled candidates according to which 89,772 candidates had registered for SET exam 2017. However, only around 77 percent candidates appeared for the exam.

MH SET 2017 exam held on April 16 consisted of three papers. As per the rules, the candidates will have to score minimum qualifying marks in each paper in order to be considered for inclusion in the merit list. The minimum marks are 40% in Paper 1 & 2 and 50% in Paper 3. Two separate merit lists (subject-wise & category-wise) will be prepared, consisting of candidates who will secure minimum qualifying marks in each paper. From the merit list, top 15 percent candidates will be declared SET qualified, who will, in turn, be declared eligible for Assistant Professor post in Universities and Colleges.

As per the guidelines framed by the UGC, MH SET 2017 was conducted by Savitribai Phule Pune University as the State Agency of Maharashtra & Goa. The test is aimed to determine the eligibility of a candidate to be appointed as Assistant Professor in the higher education institutions. This year, the test was conducted for 32 subjects.

It is low that only 77 percent of the registered candidates appeared for the examination. The number of enrollments for SET exam in Maharashtra has been on a rise for past few years. In 2016, 85,497 candidates enrolled for the exam, while this year the number increased by more than 4 thousand. 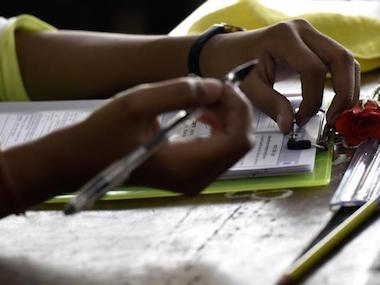 The Maharashtra State Eligibility Test 2017 result date is not yet confirmed, but we will provide here as soon as it is issued by Savitribai Phule Pune University.