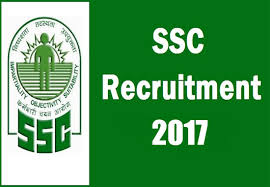 This commission is an attached office of the Department of Personnel and Training (DoPT) which consists of Chairman, two Members and a Secretary-cum-Controller of Examinations. His post is equivalent to the level of Additional Secretary to the Government of India.

How to Apply for Staff Selection Commission Recruitment 2017